Advancing In Christ Way Ministries
"We are Empowering Believers
to live the Way of Jesus Christ..."
>> Former Pastor and Ministry Now Shifted

In 2012 our Pastor James Jr. Hairston has been ordained into a higher calling the five fold Apostolic ministry. Jesus Christ has anointed our pastor by the power of the Holy Ghost as a prophet and Apostle (one sent on a mission) moving him out of the traditional Church ministry doctrines into the Apostolic ministry based on the Word of God, its truth And are built upon the foundation of the apostles and prophets, Jesus Christ himself being the chief cornerstone; (Eph. 2:20) and this is establish by the anointing of the Holy Ghost. Our Pastor has been anointed by Jesus Christ the gift of healing, prophecy, with the word of knowledge and of discerning spirits to perfect the saints in a prophetic setting. Then he was appointed by Apostle Bynum the Lord Jesus Christ called you to a higher calling as an Apostle. Then we started serving together in the ministry. Jesus Christ has called our Pastor to seek out the remnant of God (one sent on a mission) to give them a word of knowledge to their calling in Christ Jesus into Mount Zion, the Mountain of the Lord being established on top the mountains and exalted above the hills where all nations will be drawn to it because the Word of God is being preached, taught and observed, Micah 4. This is being established under the Apostolic anointing starting with Jesus Christ Himself in Luke 4: 18 – 21, as the Chief Apostle and High Priest, Hebrews 3:1 and unto the first day of Pentecost, Acts 2.

​​The start of James Jr. Hairston call to ministry was under the spirit of religion. It does not define him but only to begin a work to the cause of our Lord Jesus Christ to bring it to completion under His Apostolic anointing is as follows;
​Advancing In Christ Way Ministries was founded by Rev. James Jr. Hairston. He was licensed to preach on August 28th 2005 by Power In Christ Ministries under Rev. Roderick McClure, Pastor. He served as an assistant to Rev. Roderick McClure as an Outreach Minister from January 1st 2006 to September 2009. Rev. James Jr. Hairston desired the office of a Bishop according to I Tim. 3:1-7 to be the overseer of Advancing In Christ Way Ministries.
James Jr. Hairston published his first set of books May of 2009, "Truth About Marriage and Truth About Marriage Workbook," to teach his flock how to respect and uphold the institution of marriage. As the overseer, he is dedicated to the call the Lord has laid on his life according to I Tim. 3:1-7, Tit. 1:6-9, Acts 15:11, II Tim. 3:16, Mk. 16:15-17, Matt. 28: 19-20 and Matt. 11:12.

​​​This was only the beginning of a higher calling in the Lord as a Pastor and Teacher. The Lord Jesus Christ called me out of religion and has delivered me from the spirit of religion allowing me to escape its abominations that dwells there. I had to repent of all of my sins and strongholds of religion and its practices. Additionally, I had to humble myself to be able to walk in humility stepping down from the pastoral office. I can truly say that the Lord Jesus Christ has freed me and destroyed all of the works of the religious spirits that were in my life and has anointed and appointed me to my true calling and work of the Lord.​​ For I was the CEO, CFO and Secretary of my ministry tied and bond by the laws of this land but Jesus Christ said that "My Kingdom is not of this world,"Jn 18:36 Jesus answered, My kingdom is not of this world: if my kingdom were of this world, then would my servants fight, that I should not be delivered to the Jews: but now is my kingdom not from hence. ! Now being made free from the bondage of world government and its abominations the Lord Jesus Christ can use me mightily in the earth in Jesus Name Amen.


In this New Generation Allegiance to Christ publication for Advancing In Christ Way Ministries is to be taken serious and with strong warning to those who trample over the Word of God because of their Lack of Commitment to Christ Jesus our Lord And Savior! We are committed to who we are and who we belong to, "a chosen generation, a royal priesthood, an holy nation, a peculiar people [people for God's own possession]; that ye should show forth the praises of Him who have called you out of darkness into His marvelous light," I Pet. 2:9. Additionally, His Kingdom is not of this world, Jn 18:36 Jesus answered, My kingdom is not of this world: if my kingdom were of this world, then would my servants fight, that I should not be delivered to the Jews: but now is my kingdom not from hence. Therefore, if your ministry is in bondage to government then you are operating outside of the will of God making you're ministry of this world as the CEO, CFO and Secretary of governmental laws to be establish as a non profit organization in order to operate as a ministry. That is a lie straight from hell and a deception from the devil.
​​(Advancing In Christ way Ministries are not a church but a movement that are not tied to local governments or federal bylaws but only by the Laws of Jesus Christ our Lord and Savior Advancing the Kingdom of God His Way according to His Word and Truth in Jesus Name.)
Advancing In Christ way Ministries All rights reserved
Website created by Advancing In Christ Way Ministries

The Governmental Shift
The Lord Jesus by His power, His will and His call to shifting our ministry Governmental is what He told James Jr Hairston. This is simply the call to all who labors with Advancing In Christ Way Ministries; First the call to Apostleship as follows:

​​THE ASCENSION GIFT APOSTLES are all those apostles who were called after Jesus ascended into Heaven and gave gifts (doma) to men. (Ephesians 4:10-11)
The Apostle Paul, who was both foundational and transitional, is also a good example of an ascension gift apostle.
The word apostle (apostolos) means Gods builders (architekton) of the Church of Jesus Christ. Words associated with the apostle today include: Impart, Confirm, Activate, Strengthen, Strategies, Design, Plan, Structures, Architect, Ordain, Reform, Builder, Administrate, Father, Govern, Trailblazer / Pioneer, Foundational, Sent-one, First Messenger, Ambassador
Apostles are the most panoramic of the five-fold ascension gifts. They have the ability to see the whole picture. Whereas the pastor might be more local church-minded, the apostle has more of a world (universal) Church vision. His or her heart is to mobilize the local church (Governmental) into a fine-tuned, invading and occupying army working world-wide.
The grace on the apostle is to impart to the believer a heart to build Jesus Church here at home and around the world.
By: Ralph Howe Ministries

Second the call to Governmental as follows:

​​Every ministry should have a close association with an apostle. The apostle carries the highest local authority.

In 1 Corinthians 12: 28 we read “And God has appointed these in the church: first apostles, second prophets, third teachers, after that miracles, then gifts of healings, helps, administrations, varieties of tongues”.
​
​​​What does it mean that apostles are first?

The word first in the Greek is “proton”, meaning first in time, rank and order. The word first does not indicate that apostles are better than other ministries and therefore that they should rule over them. All five gifting's represent different dimensions of the Christ anointing and all come from God. There is no dimension of Christ that is superior or inferior to any other. It is theologically and practically not accepted and even impossible. Christ is perfection and contains no lesser or inferior parts as compared to any other.

The word first indicates a peculiar quality of the apostolic gift. It has a breakthrough capability that is not manifested as powerfully in other gifting's. Whenever God is moving in new territory in a fresh reformation move to radically restructure the church and the world, he releases the first anointing, which is the apostolic anointing. This is why we see church planting and pioneering projects spear headed by the apostles. Today we interpret missionary work often as apostolic, which is not always true. It is even accepted that apostles must travel and do missionary work. We see this in the life of Paul, the apostle, but first and foremost apostles are governmental rather than being traveling ministers, because it is seen in the life of Peter that he stayed in the church in Jerusalem and took a governmental position there. The apostle Paul exercised apostolic government in many areas, financially in the Corinthian church, rebuking and disciplining the church in the Galatians’ area. We find that Paul was appointing leadership through delegation in the pastoral letters both in Timothy and Titus and he even told the church in Rome that they needed the apostolic gift. In Romans 1: 11-12 Paul declared “For I long to see you, that I may impart to you some spiritual gift, so that you may be established - that is, that I may be encouraged together with you by the mutual faith both of you and me”. Paul did not personally plant the church in Rome but he taught them and recognized himself that this church needed apostolic government. 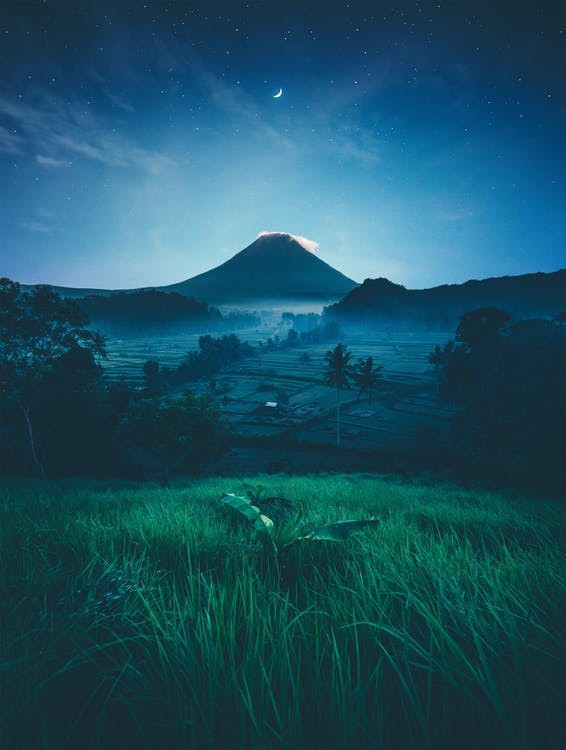 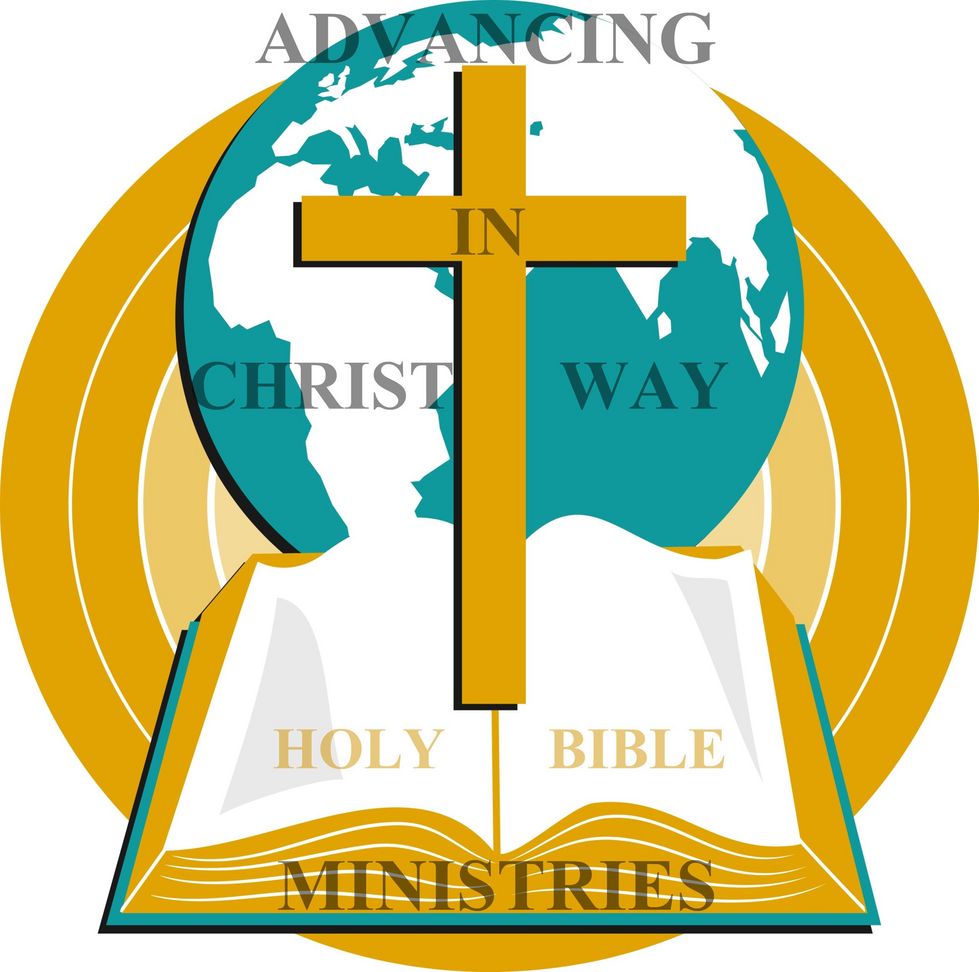